Virtual Reality technology has been gathering momentum in recent years. The original Oculus Rift was the first VR headset to hit the market.

The Rift S is the last version of the Oculus series. The headset was developed with many improvements over the original Rift.

However, the new Oculus Quest 2 has also been released that is similar to Rift S. Here is a short comparison between the two headsets.

While the $399 Oculus Rift S is a tethered headset where you use your VR-ready PC to power the headset, the standalone Quest 2 costs $100 less than the Rift S and comes with a higher resolution screen that you connect with an accessory cable.

Is The Quest 2 Replacing The Rift S?

You’re likely to find the original Rift and Rift S for sale in some channels around the globe, but Oculus no longer sell the Rift S in 2021.

In other words, once the existing stocks are exhausted, they won’t be replaced just like several HTC Vive models including the Vive Pro and Vive Focus.

Gear VR, which was used in the original Quest, has been discontinued in June 2020.

What Is The New Oculus Quest 2?

Free from wires, external sensors, and phones, the Oculus Quest 2 is a new all-in-one virtual reality (VR) headset with six degrees of freedom (6DoF) Quest controllers that lets you play all the games you love from wherever you want in your home.

The headset uses the same optics and lenses as the original version but with a few advancements – 20% more powerful graphics, a high-resolution screen, and increased comfort. It has a crisp display, better integrated audio quality, and 6DoF sensors for full movement tracking to support any VR experience.

You do get a better viewing experience with its upgraded interpupillary distance or IPD adjustment.

You’ll find two face buttons, which are clickable analog sticks fitted with trigger and grip buttons. The left button has the menu option, while the right button has the Oculus control button.

What is the Oculus Rift S?

The Rift S is the all-in-one VR gaming solution for PC gaming enthusiasts.

With more than 100 titles available, including 20 titles exclusive to Rift S, the new headset features a high-resolution display, improved optics, and built-in audio.

The Oculus Rift S uses two screens to provide 3D environments and 360-degree views. It comes with Touch controllers and an inside-out tracking system that help you track your hands in the virtual world.

Which Offers The Better VR Experience?

The Quest 2 is very similar to the Rift S in terms of VR experience. The advantage that Rift S has by tapping into a PC’s power is now offset by the higher resolution of Quest 2.

You can always use an accessory cable when you experience your Quest 2 running into a performance wall.

Both use 6DOF motion tracking cameras with Touch controllers, which makes them both capable of following the direction you face with respect to a location where you’re physically positioned.

Can You Play Rift Games On Quest 2?

The Oculus Air Link allows you to play games compatible with Rift wirelessly. You don’t have to be tethered to a gaming PC.

You do need a strong Wi-Fi network and should be within 20 feet of the router to enjoy your VR experience on Quest 2.

Make a shift to Quest 2 with 256GB when you’re ready to explore and play more games and try our new VR experiences.

The Rift S naturally runs Steam VR games, as it is connected to your VR-ready PC.

SteamVR from Valve has already configured its platform to support Rift S. What this means is that you can play several PC VR games that are not sold by Oculus just by downloading SteamVR to your computer.

The Quest 2 has the same capability once it is connected to your PC.

Use the Oculus Link for the connection to unlock more than 100 PC VR games on your Quest 2. This is a premium fiber optic cable that produces stunning graphics and better gameplay capabilities.

Go one step further by connecting your Quest 2 standalone headset to the computer with an adaptor. This is your wireless “Virtual Desktop” that you get from the Oculus store.

The virtual desktop allows you to access your PC by connecting it to the lens of your VR headset. Play games, watch movies, and enjoy software that you’ve stored on your PC in different virtual environments. You can even browse the internet with your virtual desktop.

Do Rift S And Quest 2 Have Microphones?

Yes, both are equipped with inbuilt microphones.

What are the main improvements on the Quest 2 as compared to Rift S? 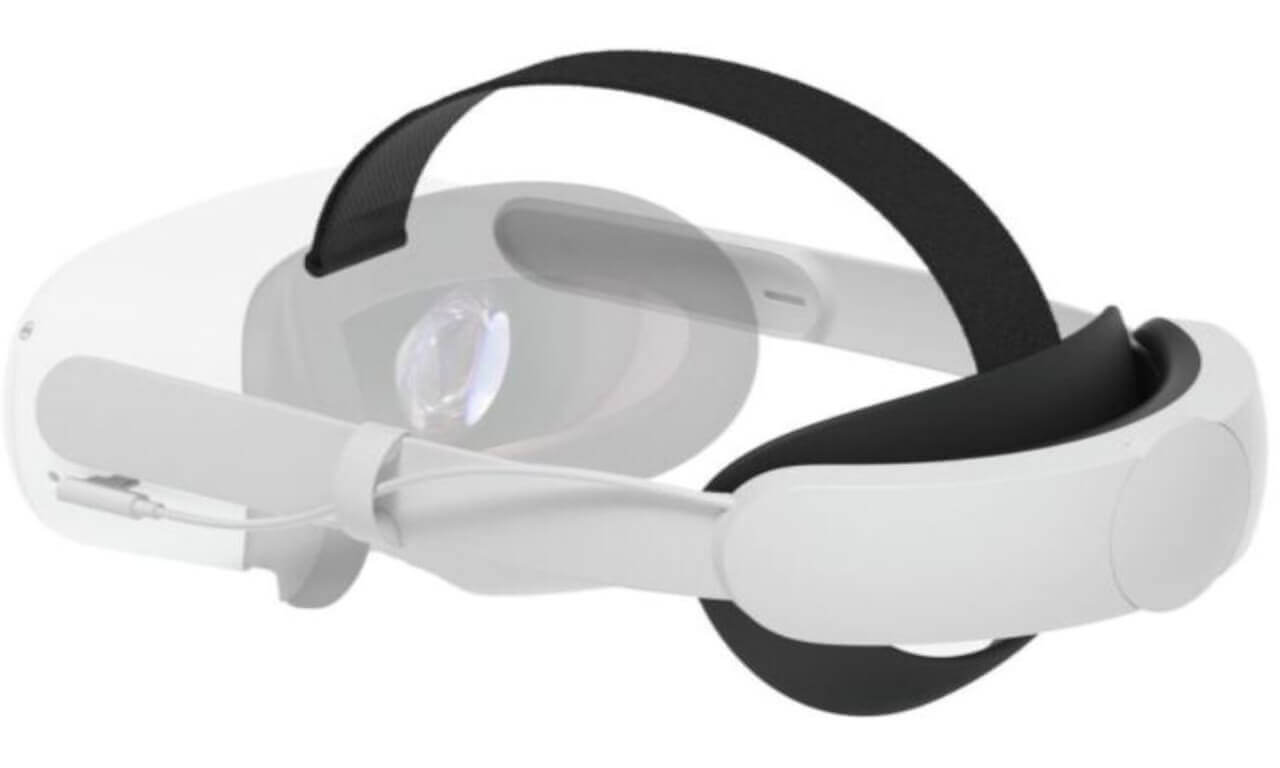 Get More Options With Quest 2

Is the Rift S heavier than the Quest 2?

We hope you enjoyed our article about why the Quest 2 is better than Rift S. With VR technology getting better and better, it’s great to see improvements to VR headsets. We love the Quest 2 because it’s one of the best VR headsets in the market today, offers a great and comfortable VR experience, and is easy to use.

The Quest 2 also has the ability to expand with other VR experiences due to its compatibility with Rift S, Vive, and Windows MR. So what are you waiting for? Head to the Oculus Store today to order the Quest 2!