In November 2021, Meta, the company formerly known as Facebook, announced a new product that was actually a little bit exciting: their new innovative wearable technology glove. Then, another VR company Haptx claimed the technology used to make Facebook’s haptic gloves work was substantially identical to its own patented tech. Read on. 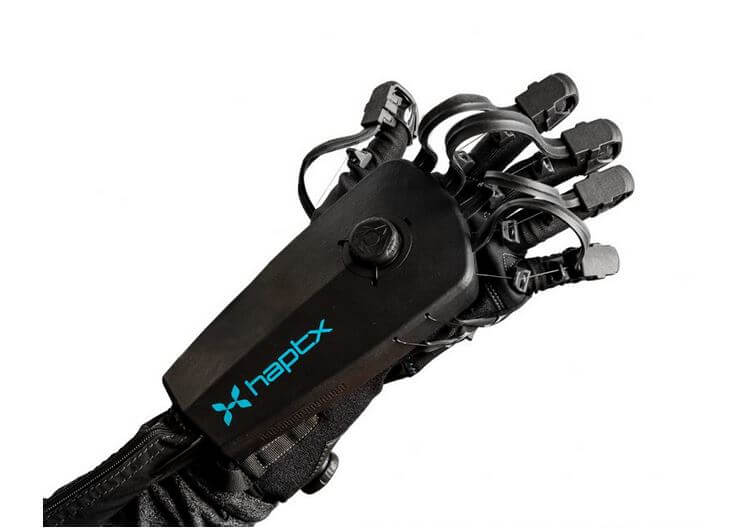 HaptX is a company that has recently been working on developing the first high-speed microfluidic processor. This processor will use the same technology to measure hand motion and focus in virtual reality and robotics.

The company seems to have worked well with Meta, an industry pioneer in virtual reality. They have used almost similar ideas and technologies in order to help Virtual Reality experiences get more interesting as well as realistic in nature.

HaptX has some experience of its own when it comes down to developing these large gloves which are capable of delivering haptic feedback simulating the sense of touch.

What Is The Haptic Glove?

Haptic gloves are generally outfitted with a number of actuators that output some sort of force, vibration or motion which can be used to help trick the wearer into thinking they are picking up an object or even moving their hand as if something were actually present.

A company known as Meta has developed a new glove that allows you to use your hands to manipulate objects in the Metaverse using tactile feedback. According to Mark Zuckerberg who is the head of Facebook and founder of the metaverse, “This is just the beginning” referring to these gloves and his vision for the future.

The Meta haptic gloves themselves are lined with tiny motors that use bursts of air to mimic the sense of touch and create a special mode of interaction between device and user. This glove looks like something out of Frankenstein’s dream journal.

Meta is just one among other companies to aim for a future where we interact with digital objects using tactile or haptic technology.

The company has apparently been working on the project for seven years and it’s very well thought out: the team is planning on having their users experience a decade of virtual products over that ten-year period.

Meta is clearly working hard to make it easier, more intuitive, and less awkward to use than Facebook’s brain wave sensor bracelet (don’t worry, there are no mind reading capabilities in-store).

But despite its new jazzy name, Meta is still struggling to make a hit with this immersive virtual reality world where we all work and hang out as representations of ourselves, called avatars.

Some people will enjoy using technology that allows them to feel sensations within virtual reality.

Manufactured by Meta Reality Labs, the prototype haptic glove is designed to work with the systems of tomorrow. Most VR headsets use controllers equipped with joysticks and buttons in conjunction with VR technology, which can be clunky and bulky.

To combat this issue, the Quest and Quest 2 pairs of gloves possess no less than nine unique mechanical touch points on each finger – which use cameras and computer vision algorithms to interpret what your hands are doing as you’re experiencing virtual reality.

So for now, when you make the motion of picking up an apple inside a simulator, there would be no physical feeling emanating from your hands but you would be able to fully experience that sensation within your mind.

Let’s say you take your young daughter to the park one day and she falls and scrapes her knee. There are no band-aids around and no ice – so what do you do?

You put two gloves on her hands – not only does she feel better but you also get to play together (you could make an obstacle course with trees and parks, for example).

This is a simple use-case scenario for the Microsoft technology that allows users to use data gloves for both visual perception and haptic feedback.

Due to this novel sensation of feeling objects in digital spaces, it helps advance user experience by creating effects beyond just simple simulation and reality – it can also create an emotional attachment between the wearer/user and their digital environment which then translates into higher engagement levels.

In the established Ready Player One universe, people have been able to buy haptic devices for some years.

This technology has yet to make it into homes because of its high price tag, but most gamers are willing to put down the money for it if they can afford it.

Even Ernest Cline in his novel Ready Player One admitted to wearing a haptic outfit while living in his one-bedroom Dallas apartment. In the real world circa 2021 however, the vast majority of people purchasing this kind of technology are really hardcore gamers who can afford it.

If Facebook wants to have users on their platform eager to try out their Oculus products, they might want to reconsider “leaning into” some of their Sci-Fi inspired inventions.

After all, there are over 2 billion users on Facebook – and Mark Zuckerberg would like to get that number closer to 3 billion!

When focusing on making a name for themselves in the VR community it might be best for them to make decisions that will allow them to appeal more so to both hardcore gamers as well as average everyday users.

What The Haptic Glove Could Mean To The Educational Industry

Meta’s Haptic Glove is a device that is capable of translating any language into binary code. This glove works in conjunction with Meta’s earphones that have a built-in microphone.

These earphones translate what you’re listening to into binary code, which is then sent to the glove. The glove translates these binary codes into q language that you understand.

This means that you can use the glove to translate languages you are not familiar with.

For example, if you’re in a country where most people speak Spanish, but you only speak English, you can use the glove to translate Spanish into English!

What The Haptic Glove Could Mean To The Entertainment Industry

Meta made a huge statement when they unveiled their haptic glove; everyone took notice and it changed the way we think about entertainment as a whole.

What do you do when you love watching movies or television? You immerse yourself into that world but are still stuck in your house.

With the Meta haptic glove, you can now connect to a remote server, launching any program you want to experience. It’s a new way to boost your entertainment, and it’s a new way to connect with content.

What the Meta haptic glove is saying is that the future of entertainment and media is headed towards virtual reality and a more immersive experience.

The Meta haptic glove won’t be available for some time, but it’s a sign of things to come.

Haptic clothing is a concept for the future, and it’s deeply concerning to imagine that in the near future people might regularly interact with the digital world via gloves or similar devices.

It’s imperative to think about what would happen if these objects upload personal data collected from our social interactions or collect data and store information about everything we do.

In an age where such products are commonplace, there needs to be a discourse on what’s appropriate when it comes to surveillance as, with increasing frequency, these devices will eventually be integrated into daily life – which some see as being reminiscent of George Orwell’s 1984. Who would like devices that invade their privacy?

The Future Of The Haptic Glove And The Metaverse

With so much of the world’s population using the Metaverse, it’s easy to forget how far we’ve come in the last 80 years. The haptic glove is one of the most recent innovations in the Metaverse.

The original glove, developed in 2018, was pliable and functioned as a control device. Today, the haptic glove has become an integral part of the Metaverse, functioning as an airplane control, a controller for virtual games, and a way to communicate and create with other users.

The Metaverse is sure to look a lot different in the next decade, but what will it look like? Will we be entering a new era of the Metaverse? Will there be more innovations and changes? The possibilities are endless. 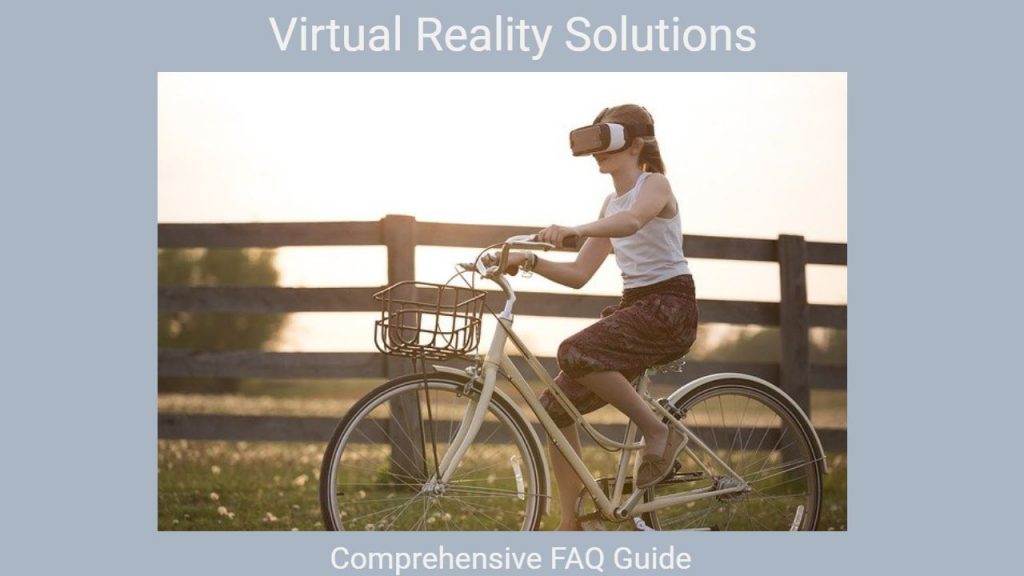 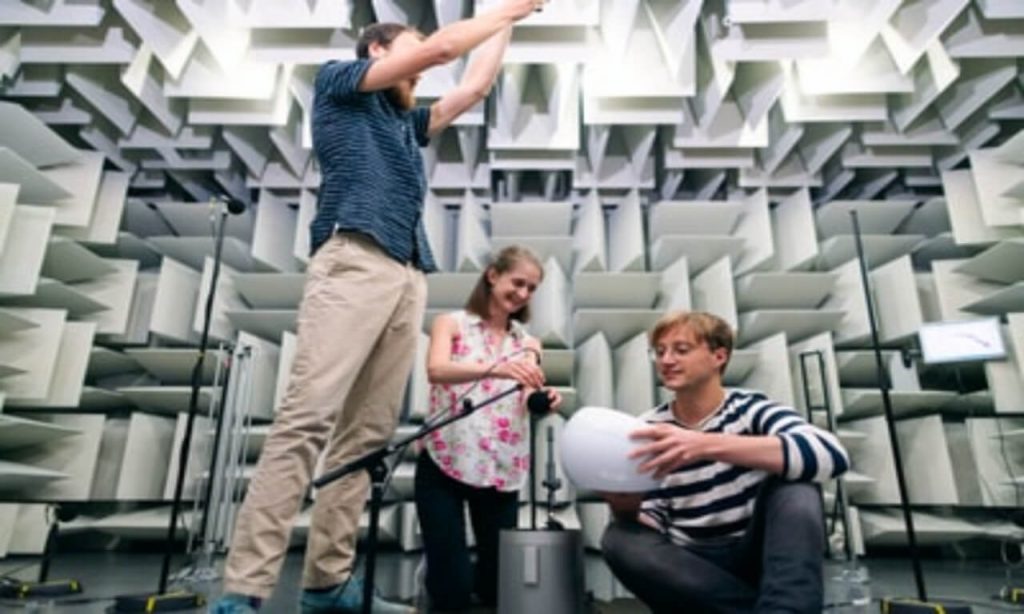